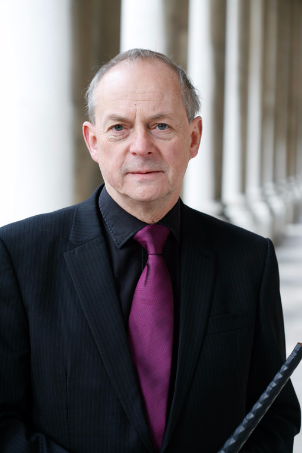 Jeremy has been instrumental in reviving the popularity of the cornett as a virtuoso and ensemble instrument since the late 1970s, having been inspired and encouraged from the start by the late Jerome Roche (University of Durham). He now has thirty years of top class playing experience in many of Europe's leading early baroque ensembles, and has on several occasions been acclaimed a “pioneer” of his instrument. He is a founder member and director of the widely acclaimed ensemble His Majestys Sagbutts & Cornetts and is Principal Wind Player with the Gabrieli Consort and Players and The King’s Consort for their earlier repertoire. He has 55 recordings to his credit including two solo programmes.

He is Professor of Cornett at the Royal College of Music in London as well as being a frequent visitor at Trinity College of Music on the Thames at Greenwich. In adult education, Jeremy has taught on courses and workshops in Britain, Germany, Switzerland, Denmark, Poland, Spain, Japan and Australia; and he has a list of private pupils. The experiences of his students – their problems, needs, achievements and insistence – provided both the material and the motivation for writing "How to play the Cornett”, the first contemporary comprehensive tutor for cornett players of all levels. Written in collaboration with Susan J Smith (University of Durham), and first published in 1995, to date it has sold 1000 copies worldwide.

In addition to a playing career which has taken him to 30 countries throughout the world, since 1991 Jeremy has carried on the pioneering instrument making work of the late Christopher Monk. The workshop is devoted to the research, development, reproduction and world-wide distribution of all instruments in the cornett and serpent families. Examples of the workshop’s output may be found from New York to New Zealand, China to Chile.

Jeremy West lives with his partner Susan and son Lewis in Weardale, County Durham; in their spare time they respectively play solo horn, euphonium and percussion for the Stanhope Silver Band.